The Artist Used Smartphones To Fake A Traffic Jam

Call it bizarre but German artist Simon Weckert posted a video on YouTube showing how he hacked “Google Maps” with 99 smartphones and built a wagon to create a “virtual traffic jam” on the streets of Berlin.
The Android Authority reported on Monday that Mr. Weckert put 99 smartphones in a small wagon cart with Google Maps and then drove the car onto various Berlin streets.

The smartphones fake traffic jam   “clearly fooled Google Maps”, thinking that there was a high concentration of users on those roads.

As the second-hand phones were in a cart, the traffic moved forward, assuming traffic was slow-moving.

As a result, the navigation app started showing virtual traffic jams to reddish green roads in online navigational tools, showing how digital technology can have a real impact on the real world.

Originally, Google Maps servers interpreted the situation as traffic congestion, and began showing it to others on the road.

As a result of this, drivers were driven away and to avoid roads where there was virtually no traffic.

Google was yet to officially comment on Mr. Weckert’s experiment.

A senior software engineer at Google Maps tweeted, “I work for Google Maps and I know a lot about how it works. I believe it is possible.”

With its Geo Tools, Google has created a platform that allows users and businesses to interact with maps in a new way, well, unless Mr. Weikert aims to play around with it . 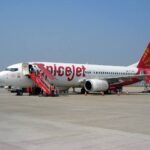