H-Worm Lite Version Free Download || H-Worm is a VBS (Visual Basic Script) based RAT which we believe is derived off the njRAT source code. H-Worm provides cyber-criminals similar controls to njRAT. It also uses dynamic DNS for its C&C servers but unlike njRAT it uses POST requests and the HTTP User-Agent field to exfiltrate sensitive information from the infected machine.

The C&C communication POST requests typically uses parameters 'cmd' and 'param' as seen in the table below:

The C&C callback from an infected system includes following information in the User-Agent field:
Below are some screenshots of H-Worm's control panel accessible to the attacker, from two different variants:

We continue to see many new variants of H-Worm popping up in the wild. Below are the version strings from some of the active H-Worm variants we have been tracking in 2015:

Below is the Geo distribution of the active Command & Control servers we have oberved thus far in 2015: One of the most popular features of this RAT family is the usage of Dynamic DNS for its Command & Control server communication. We have seen multiple sub-domains from the following Dynamic DNS domains in 2015 being abused by the malware authors for C&C communication:

njRAT & H-Worm variant infections continue to rise, and while this threat is reportedly more prevalent in the Middle-East region, we continue to see infections in other parts of the world as well. Despite Microsoft's attempts to disrupt the C&C channel for this notorious RAT back in June 2014, we continue to see the usage of various dynamic DNS services by the malware authors for it's C&C server communication. It remains one of the most popular and prevalent RATs in the wild today. 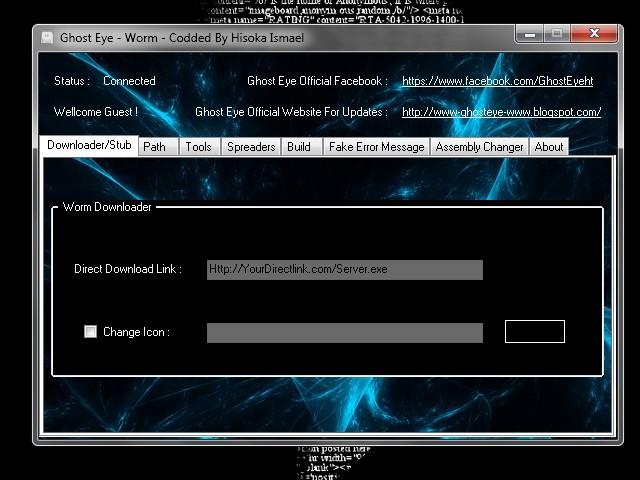