With Master Stroke, FM has saved many NBFCs and fintechs, and other companies that entered the business only because of Aadhaar enabled KYC. But the lack of clarity on the use of Aadhaar had questioned their existence. Because without the base the customer acquisition cost is very large.

Announcing measures to revive sentiments around the economic downturn, Nirmala Sitharaman has allowed NBFCs to use Aadhaar certified bank KYC.

The Finance Minister said that many people who came for consultation said that once proven, they are repeatedly asked by other agencies. Obviously, Aadhaar can be certified by banks KYC and NBFCs do not have to ask and repeat this process.

He said, “Necessary changes have been made in the Prevention of Money Laundering Act 2002 and the Aadhaar rules have also been changed to address this concern.”

KYC procedures are regulated under PMLA rules under which banks, lenders and telecom providers capture customer details before being onboarded on their respective platforms.

“A great step towards removing many KYC certification for consumers. However, we are awaiting an operational update on how to work on it. RBI has already simplified the certification process with NBFC-AA. Has stepped in. This announcement with NBFC-AA can solve the old Indian problem of duplicate KYC certification work. ”Bhavin Patel, Co-founder and CEO, LendenClub.

Earlier this week, the PMLA was modified to capture data electronically, called the game changing move. It also allows regulators like the Reserve Bank of India to issue guidelines on KYC, potentially around video KYC.

The amendment has allowed the customer to voluntarily opt for e-KYC, which was stayed after the Supreme Court verdict.

The boarding TAT on the customer will be significantly reduced and operational efficiencies will increase, he says. This step will help cut unnecessary costs for KYC processes by around 95% and we are thankful that the government has addressed this at the right time.

Fintech startups and NBFCs were causing concern about KYC because the cost of onboarding was going after the SC decision, as manual KYC was a cost and time constraint. Many startups built their business models around customers’ digital onbroading.

Amendments to the PMLA have widened the scope of use of electronic documents and regulated entities other than physical documents are called to hold customer details electronically or as e-KYC. The transition to paperless KYC will be a seamless experience for customers. 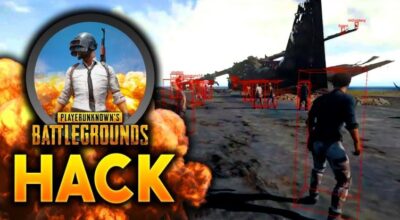