New Delhi: The safety and inter-government of smart cities in India are key components of the success of the Indian government’s agenda of 100 smart cities.

The Smart City initiative by the Government of India is in various stages of development. According to various industry reports, by 2050, cities that reside in India will be significantly populated and the two factors that are critical to a sustainable smart city will be the security and interoperability of different platforms.

“In the initial stages, it is very important for Master System Integrators (MSI) not to replace the original equipment manufacturers, which were part of their initial tender process”, said Shashi Dharan, Managing Director, India Exhibition (Organizer). The peak.

“MSI should bear the responsibility of handling the umbrella and all departments and municipal authorities should work together instead of working together. A holistic approach should be taken in building a smart city”, A. Seshagiri Rao, Chairman And Managing, Telecom Consultant Said India Limited

“We are building smart cities and we have to make sure that these cities stay smart in the future. Currently, for each smart city, we are working in silos. This is a challenge in itself. We There is a need to share information between SMART. Sushil Kumar, DDG (IoT) Telecommunication Engineering Center (TEC) said, “In cities, we need interoperability.”

According to him, security is the biggest challenge that has to be addressed on priority.

“In the European Union, there are more than 50 platforms that are being used in different cities. While they all work on different technology platforms. NSGI has introduced a reference architecture to bring all platforms together in EU smart cities The need is identified “, said. Susheel.

Vikram Tiwathia, Deputy Director General of the Cellular Operators Association of India said, “The digital ranking index is needed to improve year by year the implementation of new technologies as a kind of competition between different smart cities in India.” COAI).

During the discussion, it was pointed out that it is important to involve citizens in developing a sustainable smart city. The challenge is not just handling the data, but also the volatility of the data. Accountability of processes is an important factor in the functioning of smart cities.

During the panel discussion on ‘Emerging technologies, innovations, monitoring and development for smart cities’

“Technology is bound to be a disruption with a combination of people and data. Data is critical to the effective functioning of smart cities. The amount of data that is sourced from different sources and how that data is for productivity, efficiency and operations Used. Important in Smart Cities “, Vineet Kshirsagar, Director of Government Business, NetApp Marketing & Services Pvt. Ltd. Ted said.

The 5th National Summit on 100 Smart Cities, India 2019 was organized by the India Exhibition. 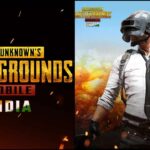 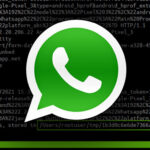 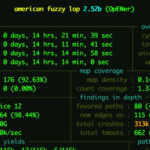 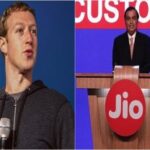 FACEBOOK TO INVEST ₹ 43,574 CRORE IN JIO PLATFORMS FOR A 9.99% STAKE LARGEST FDI FOR MINORITY INVESTMENT IN INDIA 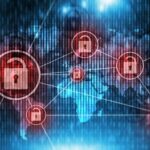 Why BGP Hijacking Remains a Security Scourge for Organizations Worldwide?