Simply put, this program, which can create backdoors for various systems, can perform actions to connect to remote systems, perform exploits to collect data, download and upload files, and access privileges. Enhance, screen capture, capture keystrokes, etc., as well as other similar tools, are also perfectly suited for legitimate remote administration of systems.

This is one of several articles about Pupy rat in which the installation is described step by step. The following articles will discuss the principles of the program, basic concepts, practical examples of use.

How to install Pupy rat in Kali Linux

Contents hide
1 How to install Pupy rat in Kali Linux
1.1 Installing Pupy on Kali Linux without Docker
1.2 Installing Pupy on Kali Linux using Docker
2 how to install Pupy on BlackArch
3 How to use pupy rat
4 how to create a backdoor with Pupy rat
5 how to Create pupy rat listeners
6 Pupy rat Backdoor for Windows
7 Pupy Linux backdoor
8 How to remotely manage computers through backdoor
9 Pupy rat commands to run on a remote computer
10 Run command

The author of the program offers two installation options: directly to the system and using Docker.

This program has a bug (about it will be slightly lower) due to incompatibility with the latest version of one of the Python modules. This bug leads to the fact that Pupy rat, in fact, does not work in listening mode (it cannot accept connections). When using Docker, errors are not displayed on the screen and it is difficult to understand what the problem is. But much worse is that it is not clear how to fix the problem with the library in this container.

Roll fix to fix the error:

To install and run Docker, run the following commands:

Open the install.sh file and replace the line there:

Then run the commands:

To run the program:

how to install Pupy on BlackArch

Installation in BlackArch is as follows:

To fix the bug, you need to remove the new version of one of the Python packages, so that the system does not remove Pupy rat itself, for which this file is a mandatory dependency:

And install a version that does not cause problems:

True, the files generated in BlackArch I refuse to connect to the monitoring computer …
Solving the problem with the “Cannot read wireshark manuf database” error When you run Pupy rat, see if the line is there:

If present, then there is a serious error. Details about this bug here: https://github.com/n1nj4sec/pupy/issues/622
The problem is that when the Victim’s computer tries to connect to the Attacker’s computer, the following error appears:

That is, the listening mode for the reverse shell in Pupy does not actually work.
The problem is solved by lowering the version of the rpyc package to 3.4.4 :

How to use pupy rat

how to create a backdoor with Pupy rat

To generate a working payload, we need a clear understanding of how and what works, and before starting work you need to understand terms like:

Transport
Transport is how (using what protocols and technologies) the server and the client transfer information between themselves.
The following options are available:

All transports can be wrappers for each other (stackable).

This means that by creating a custom transport configuration (pupy/network/transport/<transport_name>/conf.py), you can make your pupy rat session look anything you want. For example, you can add HTTP via HTTP via base64 via HTTP via AES via obfs3.

Launcher connect is commonly called the Reverse Shell. And bind is what is usually called simply Shell.

Listeners
Listeners (listeners) – are used with connect connect , that is, with Reverse Shell, when you need to wait for a connection from a remote computer.

If bind is selected as the launcher , then we do not need a listener on our computer – we just need to connect to the remote system right away.

Listeners should get two parameters at startup:

By default, the launcher tries to listen on port 443 using the ssl transport . This configuration can be changed in the pupy.conf file . How to add your own listeners will be described below.

Payload format
Pupy can create files for various operating systems: Windows, Linux, OSX, Android. Various processor architectures are supported (64-bit and 32-bit). When creating a payload, you need to specify this data in the parameters. This primarily refers to executable files — that is, for executable files, you need to specify, for example, that the backdoor should be running in the Windows operating system with a 64-bit processor architecture.

Pupy is able to create not only executable files, but also other formats, namely:

The payload can be generated in two ways: using a separate pupygen.py file , or by running Pupy and using the command in the console

You can choose any option – these methods have identical launch options. I will show you the example of working in the Pupy session, so I start by running this program.
Run Pupy
Starting a Pupy session varies depending on the installation method. When installed directly into the system, the session starts like this:

When you first start generating keys and certificates that are used in the program to encrypt connections to remote systems:

They are saved to the /root/.config/pupy/crypto/credentials.py file . Gen options
As mentioned above, gen (and pupygen.py ) are used to generate the payload and they have the same options. Consider them.
Using:

As you can see, some values ​​are set by default. If you run the command

without any options, the payload will be generated, it will take the following values ​​as default values:

But we, of course, can reconfigure all these options with our parameters.
All options are discussed above, so it makes no sense to explain the commands in detail – if you find something incomprehensible to them, then return to their description.

Let’s start by creating a reverse shell – in this case, the remote computer (“Victim”) is connected to the “Attacker” computer. Therefore, when creating a payload, you need to specify the IP address to which the Victim should connect. For example, the IP addresses of their interfaces can be viewed with the command

File successfully created and saved by the path /root/.config/pupy/output/pupyx64.KrN0Qe.exe
Rename and copy it to a closer path:

Since a connection to our computer will be made from a remote computer, before running the newly created file on the target system, we need to create a listener that will wait to connect to it.
By the way, when you start Pupy rat, one listener starts automatically, say this line:

That it, there is a listener for ssl transport on port 443 .
New listeners are created, deleted and shown with the listen command .

how to Create pupy rat listeners

Since for my payload I chose the http transport , and indicated 43210 as the port , the listener in my case starts like this:

The general view of the command is:

Says that everything went well.
Let’s list all listeners:

Everything is ready – now I transfer the file with the payload to the target system and run it there.
A few seconds after the launch, the attacker’s computer will be connected to and the following information will appear:

We will move on to managing sessions, executing commands on a remote machine, and operating in the next section. In the meantime, consider a few more popular examples of payload generation.

To create a shell that will open port 54321 for 64-bit Windows and wait for a connection from the remote computer via the http transport, run the following command:

In this case, we do not specify an IP address, since this payload is not connected anywhere. But we specify the port – this port will be opened on the computer of the Victim, waiting for the Attacker to connect.
Backdoor connection To connect, use the connect command . Consider her options.
Using:

As you can see, be sure to specify the IP and port connections. Transportation can be omitted.
By the way, in Windows, the IP address can be found with the command

The listener runs exactly as shown above

To create a backdoor that will wait for a connection from us:

To connect to it:

How to remotely manage computers through backdoor

Pupy rat commands to run on a remote computer

In fact, this is not called commands, but modules, because, in fact, on remote computers you can execute any commands that support these systems.

As for the modules, they contain some frequently used commands, as well as combined actions, including using third-party tools (for example, to extract all passwords).
To run the command, you need to use the row that is in the ” Name ” column .For example, to display a list of disks on all systems, run the command:

To get help on a module, enter its name with the -h option. For example, I want to learn help for the persistence module (enabling and disabling pinning):

An example of creating a backdoor on a remote system that will start when the computer starts:

This entry means that the configuration file for autorun is saved along the path /home/mial/.config/systemd/user/dbus.service.d/hgzenu.conf , and the executable itself is stored in /home/mial/.dropbox-dist/ dropboxc

Some more examples.
To view information about network connections on remote systems:

To retrieve all passwords:

Getting information about systems:

To get screenshots of desktops of remote computers:

Execution of commands only on certain remote systems
You can switch between sessions, for example, to switch to the first session so that the commands entered are executed only on it:

It is not necessary to specify the session number – various filters are supported, thanks to which you can select one or several systems at once. For example, to interact only with all Windows 7:

Filtering by various parameters is supported, you can see them all by running the command:

Use autocompletion! When entering commands, press the TAB key to complete the names of commands and options. Screen your arguments
Each command in the pupy shell uses unix-like escape syntax. If you need a space in one of your arguments, you need to put your argument between the quotes:

If you send the path to Windows, you need to escape the backslash with one more – the second backslash, or put everything in quotes:

Create nicknames To improve performance, you can specify module aliases in the pupy.conf file . If you define an alias as follows:

then start the team

will be equivalent to running the command:

An example of creating a pseudonym for adding a command to kill a client process pupy rat with signal 9:

Works Jobs are teams running in the background. Some modules, such as socks5proxy or portfwd , automatically start work, but all modules can be started as work if you use the –bg argument :

The –bg switch is usually used when you want to execute a long command / module and you want the shell to remain functional during its operation.
The output of the work can be obtained at any time using the command

The jobs command can also display a list of jobs and complete jobs.
Normal jobs can be installed in your Linux / Unix desktop environment by running your pupysh.py script inside the Screen utility. You can then configure cronjobs to run the command at any intervals you require. Replace 1674 with your screen session ID. The echo command in this example essentially emulates pressing the Enter key:

This command is needed to run modules, but you can skip it if you are not going to use additional features, such as executing a command in the background, saving results to a file and / or only for certain clients.
Using: 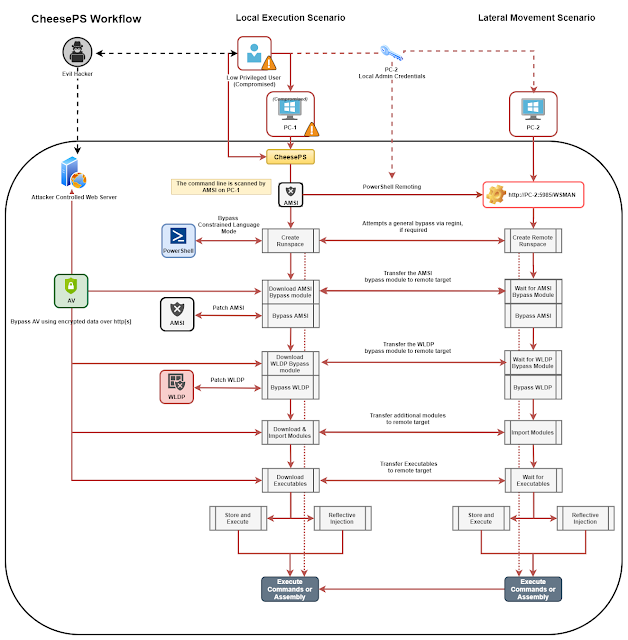 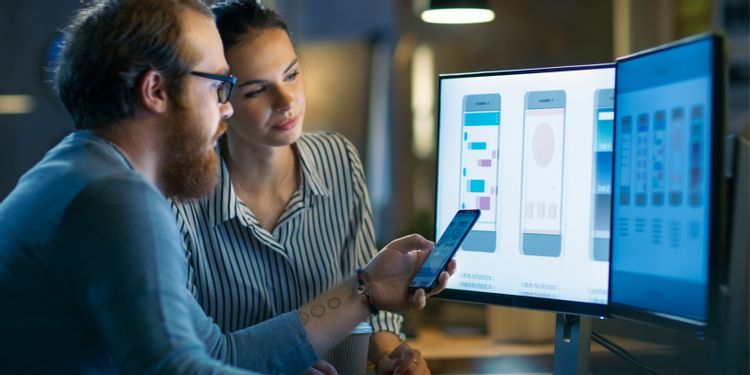