Nmap is the most well-known scanning tool used by penetration testers. In this article, we will look at some of the main features of Nmap along with some useful commands.

Nmap is short for Network Mapper. It is an open-source Linux command-line tool used to scan IP addresses and ports in a network and locate installed applications.

Nmap allows network administrators to find out what devices are running on their network, discover open ports and services, and detect vulnerabilities.

Namp has become extremely popular, having appeared in films such as The Matrix and the popular series Mr. Robot.

There are several reasons why security professionals prefer Nmap over other scanning tools.

First, nmap helps you quickly map networks without sophisticated commands or configurations. It also supports simple commands (for example, to check if a host is up) and complex scripting via the Nmap scripting engine.

Other features of Nmap include:

Let’s look at some Nmap commands. If you don’t have Nmap installed, you can get it from here.

Scanning the list of active devices on a network is the first step in network mapping. There are two types of scans you can use for that:

Stealth scanning is performed by sending an SYN packet and analyzing the response. If SYN/ACK is received, it means the port is open, and you can open a TCP connection.

However, a stealth scan never completes the 3-way handshake, which makes it hard for the target to determine the scanning system.

You can use the ‘-sS’ command to perform a stealth scan. Remember, stealth scanning is slower and not as aggressive as the other types of scanning, so you might have to wait a while to get a response.

Finding application versions is a crucial part in penetration testing.

It makes your life easier since you can find an existing vulnerability from the Common Vulnerabilities and Exploits (CVE) database for a particular version of the service. You can then use it to attack a machine using an exploitation tool like Metasploit.

To do a version scan, use the ‘-sV’ command. Nmap will provide a list of services with its versions. Do keep in mind that version scans are not always 100% accurate, but it does take you one step closer to successfully getting into a system.

In addition to the services and their versions, Nmap can provide information about the underlying operating system using TCP/IP fingerprinting. Nmap will also try to find the system uptime during an OS scan.

You can use the additional flags like osscan-limit to limit the search to a few expected targets. Nmap will display the confidence percentage for each OS guess.

Again, OS detection is not always accurate, but it goes a long way towards helping a pen tester get closer to their target.

Aggressive scans provide far better information than regular scans. However, an aggressive scan also sends out more probes, and it is more likely to be detected during security audits.

Nmap has the capability of scanning multiple hosts simultaneously. This feature comes in real handy when you are managing vast network infrastructure.

You can scan multiple hosts through numerous approaches:

Port scanning is one of the most fundamental features of Nmap. You can scan for ports in several ways.

Scanning from a File

The above command will produce the scan results of all the given domains in the “input_ips.txt” file. Other than simply scanning the IP addresses, you can use additional options and flags as well.

Penetration testing can last days or even weeks. Exporting Nmap results can be useful to avoid redundant work and to help with creating final reports. Let’s look at some ways to export Nmap scan results.

The verbose output provides additional information about the scan being performed. It is useful to monitor step by step actions Nmap performs on a network, especially if you are an outsider scanning a client’s network.

Nmap scans can also be exported to a text file. It will be slightly different from the original command line output, but it will capture all the essential scan results. | nmap commands

Nmap scans can also be exported to XML. It is also the preferred file format of most pen-testing tools, making it easily parsable when importing scan results. | nmap commands

You can also export the scan results in all the available formats at once using the -oA command.

The above command will export the scan result in three files — output.xml, output. Nmap and output.gnmap.

Nmap has a built-in help command that lists all the flags and options you can use. It is often handy given the number of command-line arguments Nmap comes with.

Nmap Scripting Engine (NSE) is an incredibly powerful tool that you can use to write scripts and automate numerous networking features. || nmap commands

You can find plenty of scripts distributed across Nmap, or write your own script based on your requirements. You can even modify existing scripts using the Lua programming language.

NSE also has attack scripts that are used in attacking the network and various networking protocols.

Zenmap is a graphical user interface for Nmap. It is a free and open-source software that helps you get up and running with Nmap.

In addition to providing visual network mappings, Zenmap also allows you to save and search your scans for future use.

Zenmap is great for beginners who want to test the capabilities of Nmap without going through a command-line interface.

Nmap is clearly the “Swiss Army Knife” of networking, thanks to its inventory of versatile commands.

It lets you quickly scan and discover essential information about your network, hosts, ports, firewalls, and operating systems.

Nmap has numerous settings, flags, and preferences that help system administrators analyze a network in detail. 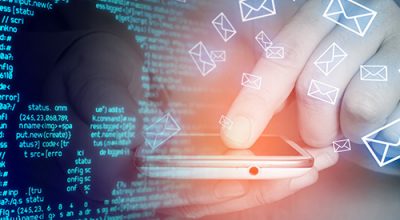